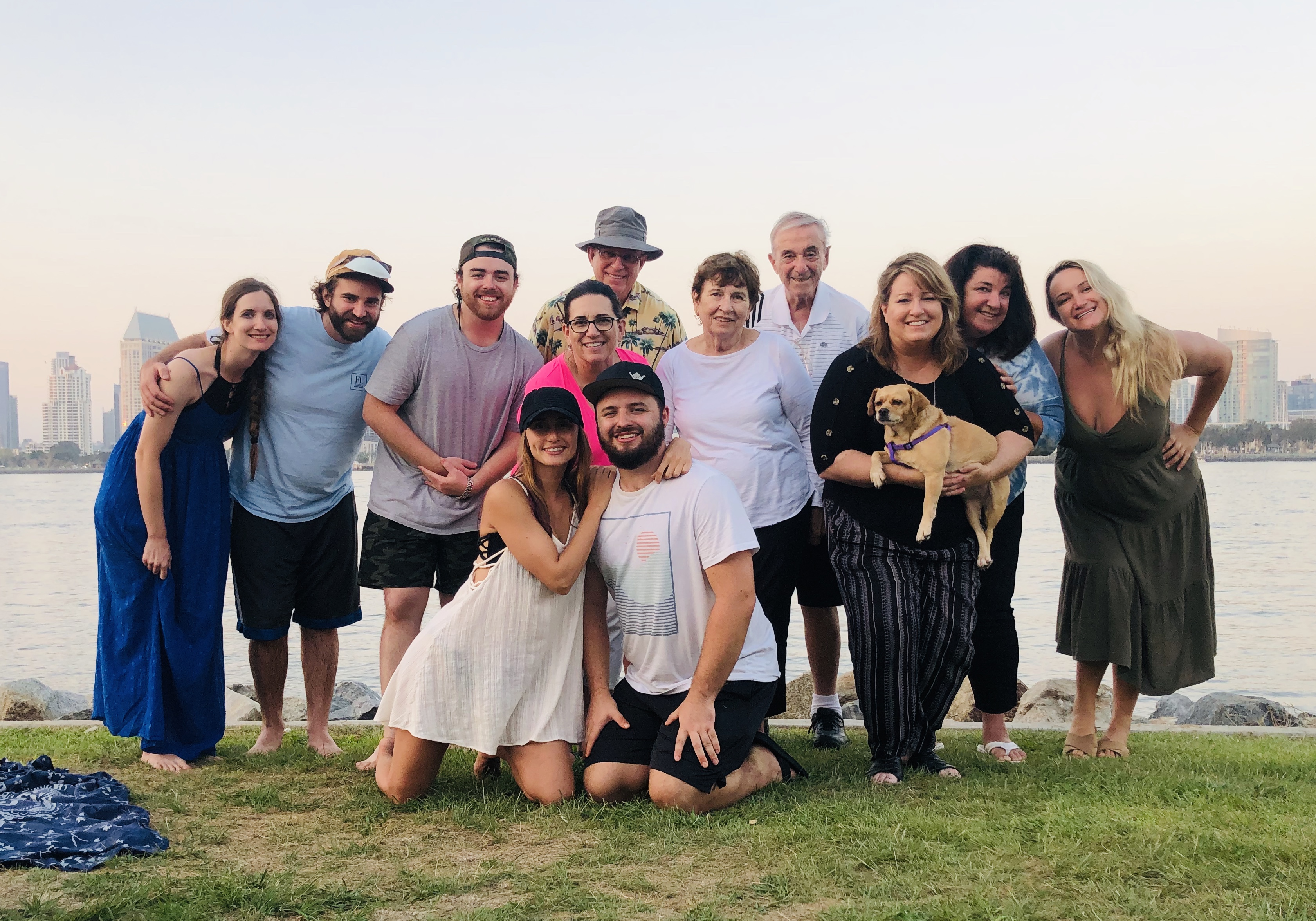 The Familia Lodato, the one started by Sylvia and me so many decades ago, spent four days together in the San Diego area a couple of weeks ago.  It was a glorious time, extremely well planned, with terrific venues, lots of laughter, warm discussions and a whole lot more.

Most important it was a family thing.  We have a grandma and grandpa, fathers and mothers, sons and daughters, grandsons and granddaughters, uncles and aunts, cousins, and some beloved dogs.  Members are addressed with respect – Aunt Jill, Uncle John, etc.  It is a structure that is fading in this country.  We are told that it is outmoded and will be replaced by people being thrown together into “villages.”  If our kind of structure existed in our inner cities there would be far fewer problems and children would have a far better chance at life than they do now.

I am so proud to have had a role in the family’s creation and to have been with those that were able to come together after such a long delay.  I have told some people that even if I had caught the virus it would have been worth it.

And there is one other point.  In an environment where we are told incessantly to fear one another, to avoid one another, we came together unafraid.  We don’t define life as the avoidance of death.  Life is much more than that.  Hunkering down inside, waiting for a vaccine, is merely existing.  Plus we are learning that the collateral damage from lock downs has done far more damage to humans than COVID – 19.